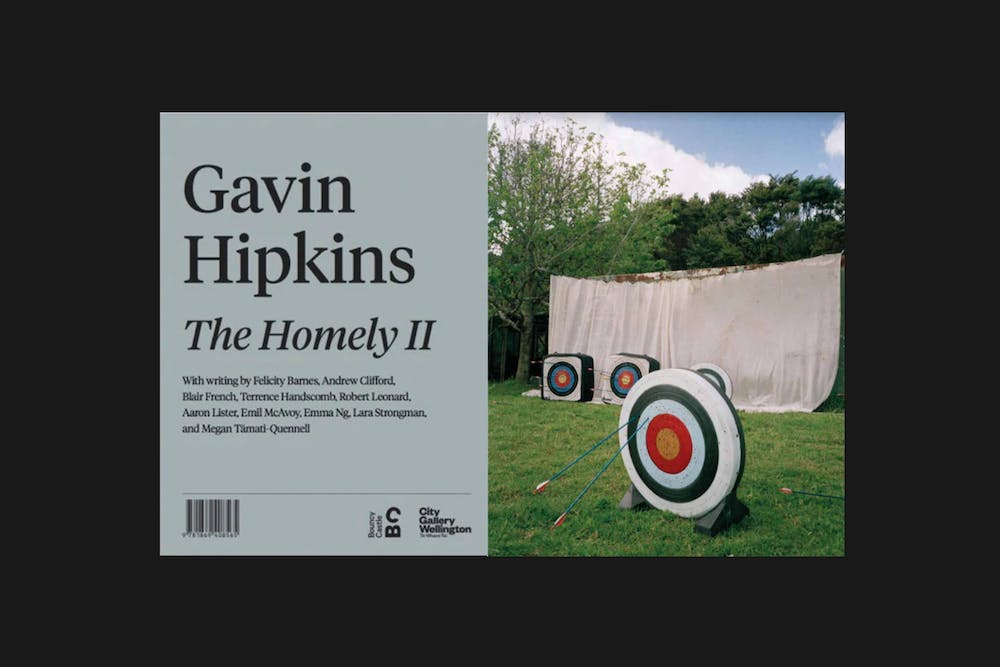 BUY NOW
In 2001, Gavin Hipkins unveiled his photo frieze, The Homely, at City Gallery Wellington. Consisting of eighty photos taken between 1997 and 2000 on travels in New Zealand and Australia, neighbouring antipodean colonies, it became his best-known and most celebrated work. In 2018, he unveiled its sequel in the exhibition This Is New Zealand, also at City Gallery. The Homely II also comprises eighty photos, shot in the same manner, arranged in the same frieze format. Hipkins took the images between 2001 and 2017 on excursions through New Zealand and the United Kingdom, the former colony and the colonial homeland. The Homely and The Homely II are skewed, fractured travelogues. Instead of offering reassuring signs of either belonging and identification or exotic otherness, they trace a more fraught, fragile, restless cultural condition.