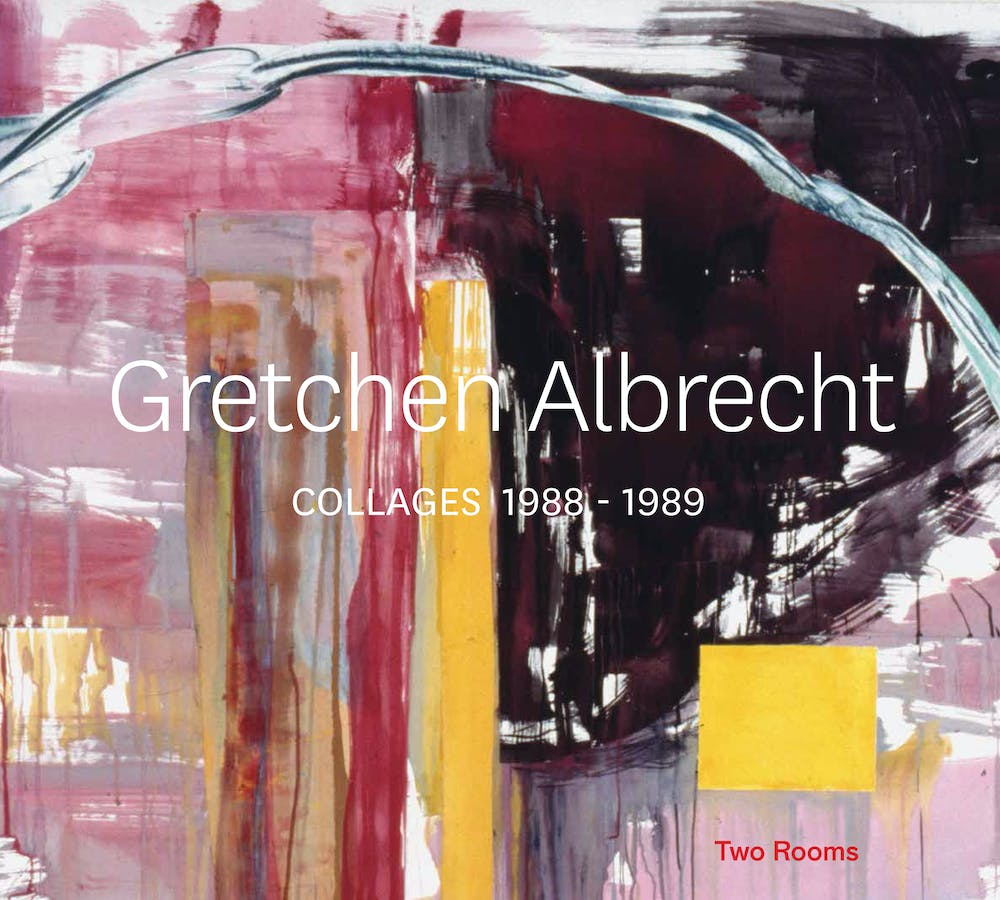 Courtesy of the artist and Two Rooms.

Buy Now
This full colour illustrated catalogue was produced on the ocasion of the exhibition “Gretchen Albrecht - Collages 1988 - 1989” at Two Rooms, Auckland. 5 March - 11 April, 2020. The series of substantial collages by Albrecht has not been shown in New Zealand since 1990. Their reprise at Two Rooms represents the 30th Anniversary of their public debut. These collages can be considered the most fragmented and restless of Albrecht’s ouevre. Suspended in an open-ended space, their strategic irresolution exudes a confident, cathartic energy. In this reiteration of Albrecht’s original exhibition, the reader is afforded an opportunity to encounter this unique series drawn together in a publication while retracing its signals of future developments. The essays by Leonard Bell (1990) and Linda Gill (1991) have been also been reprised for this publication.