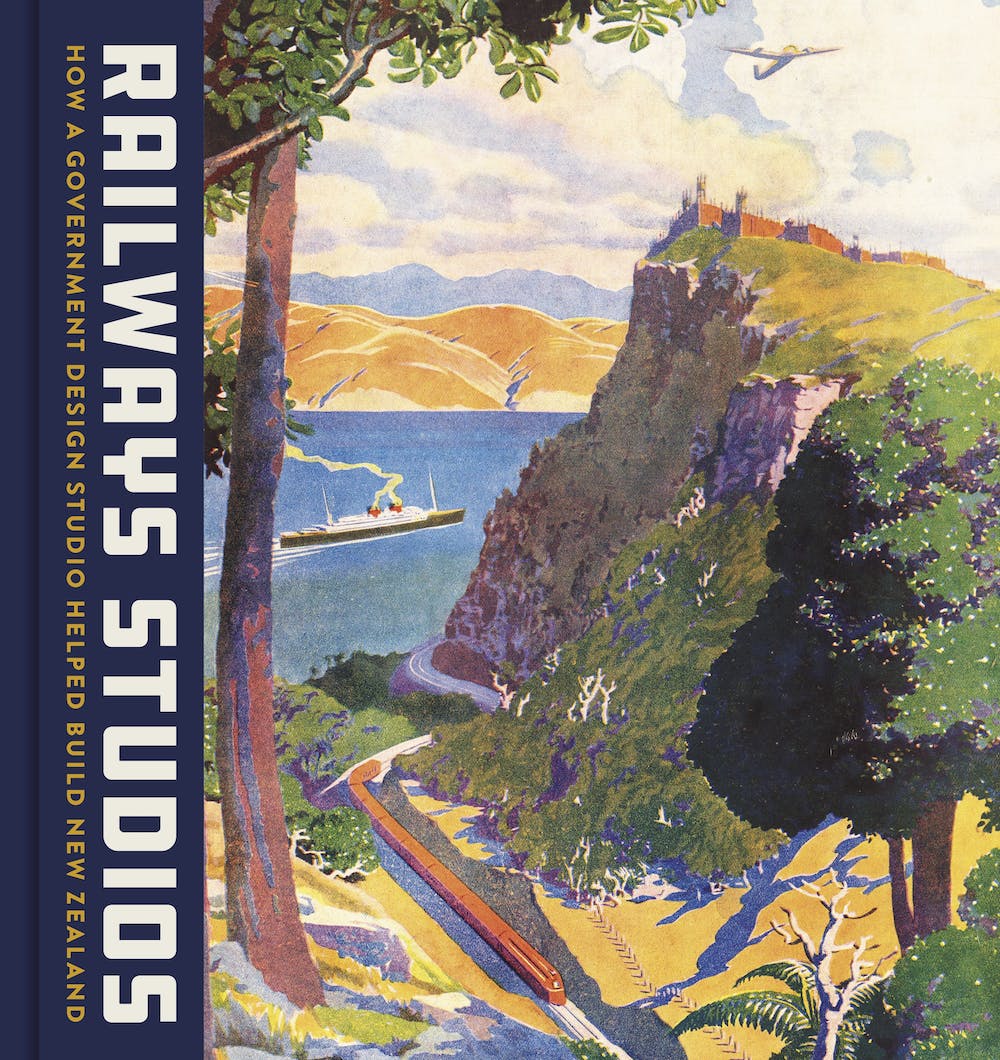 Buy Now
On the 100th anniversary of its creation, this book celebrates Railways Studios – the design studio of the New Zealand Railways – and its role in helping build and connect New Zealand. It’s a surprising story: a government agency that produced advertising for any-and-all clients, and dominated outdoor advertising for over 65 years (1920–1987).

The Studios’ advertisements ranged from posters to painted billboards and brochures, and they decorated every city and town, creating a gallery of the street.

Whatever the promotion – from rail travel and tourism to enlistment in the army, clothing and health promotion – the Studios played a role. Thousands of its designs influenced public attitudes, shaping how New Zealanders saw themselves.

This definitive history of railways advertising is a time capsule of New Zealand life and examines the art of the Railways Studios, detailing its formative place in New Zealand design and art history.