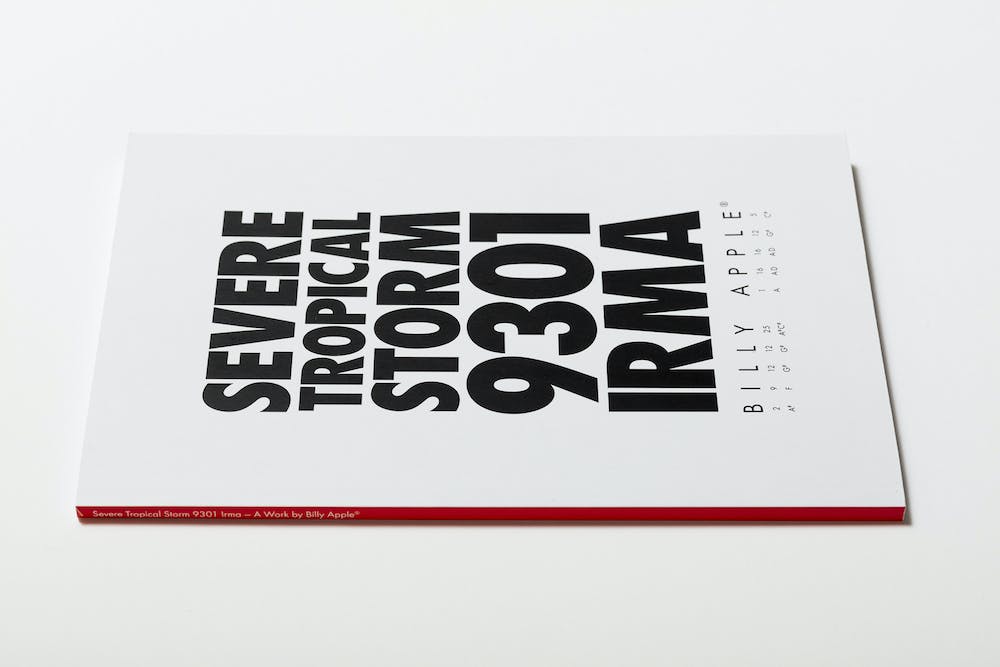 Buy Now
Billy Apple integrates art with life by using his 1993 travel experience on a freighter as the basis for Severe Tropical Storm 9301 Irma. It is a particularly relevant publication at a time when the increasing ferocity of storms, thanks to global warming, are having a major impact.

In March 1993, Apple was a passenger aboard the Chiricana, a refrigerated cargo vessel transporting a cargo of high quality squash from New Zealand to Japan. The Chiricana made a detour from its predetermined course in an attempt to avoid the rapidly escalating tropical storm up ahead. The work documents and encodes into art the sequence of events that began a day out of Napier and finished a day before arrival to Osaka. Data generated by ship and storm has been collected from the ship’s logbook and satellite forecasting by Apple, then collated and schematised into the visual, aural and moving image components.

This artist’s book presents the art project as a publication accompanied by three essays: on artists’ journeys by Wystan Curnow; on sound works by Andrew Clifford and on science/art and the weather by Mary Morrison.