Available from The Composing Rooms 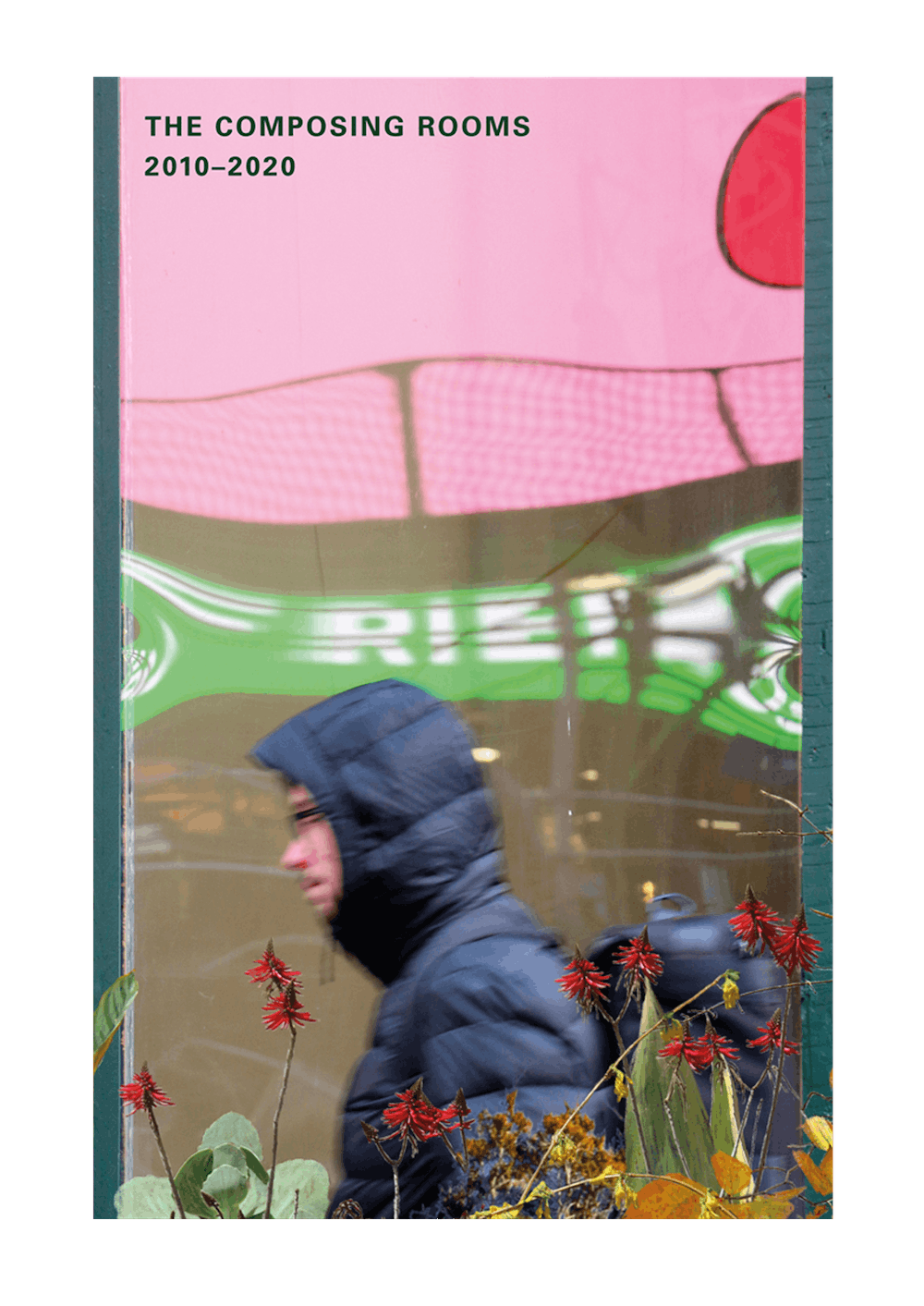 BUY NOW
The book documents the curatorial project The Composing Rooms which opened in London in 2010. It
contains several essays that capture the context of contemporary art at the time, and how the internet
played a significant role in the emergence of a new way of finding, making, and displaying art, as well as
how that shifted over the decade.

The Composing Rooms includes an animated .gif by Petra Cortright. The fold-out dust jacket is a uniquely
commissioned limited-edition artwork by Aaron Graham.