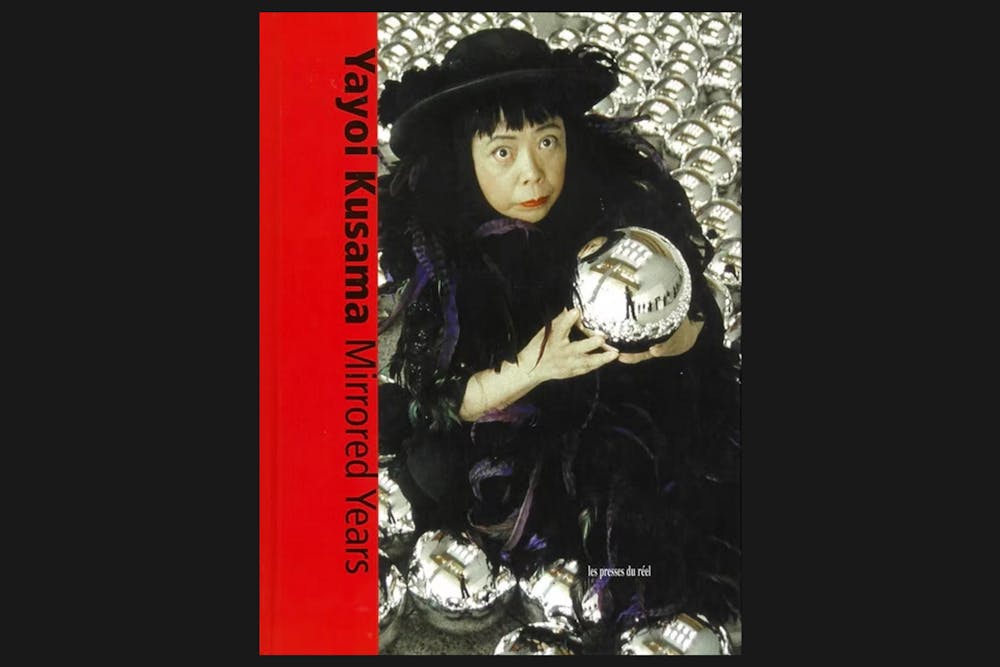 Mirrored Years arrived in Wellington after attracting record audiences at Sydney’s Museum of Contemporary Art. The title refers to Kusama’s enduring use of mirrors. The show included paintings, prints, sculptures, installations, and films. On the first day, the queue looped around Civic Square.

Ground-breaking works from the 1960s and 1970s were shown alongside more recent installations. One key work is Narcissus Garden (1966), a collection of 1500 mirrored balls. Kusama originally installed it, uninvited, at the 1966 Venice Biennale. In a gold kimono, she began to sell the balls for 1,200 lire each, until the authorities closed her down. She was told it is not permitted ‘to sell art like hot dogs or ice cream cones at the Venice Biennale’.

Visitors lined up to take their turn in Kusama’s legendary mirror-room installations, Infinity Mirror Room: Phalli’s Field (1965) and Fireflies on the Water (2000). Viewers entered Fireflies one at a time, through a controlled mirrored door. Inside, 160 coloured LEDs, suspended from the ceiling, reflected in mirrored walls. The viewer stands on a dock above the floor, which is covered in a pool of water, also reflecting the lights. Space becomes infinite—sublime. In Wellington, several mesmerised visitors stepped off the dock into the water, causing ripples in the local media. Director Paula Savage explained to the Dominion Post, ‘the gallery had not installed safety railings because it did not wish to alter the artwork. It would make New Zealand look very, very stupid in the art world.’

The show included fifty new drawings by Kusama and a drawing she made when she was ten years old. There were also two polka-dotted rooms with matching polka-dotted inflatables, ‘the adult equivalent of a bouncy castle’. Dots Obsession: Night features yellow dots on black; Dots Obsession: Day black dots on yellow (both 2008).

New works were added for Wellington, including Dots for Love and Peace, where Kusama transformed the City Gallery’s fifty-two-metre heritage façade with her signature dots—making it pop. Kusama worked from a set of architectural drawings to create her detailed installation plan, specifying the colour, size, and placement of each dot. It was the first time the gallery’s exterior had been used for a temporary work