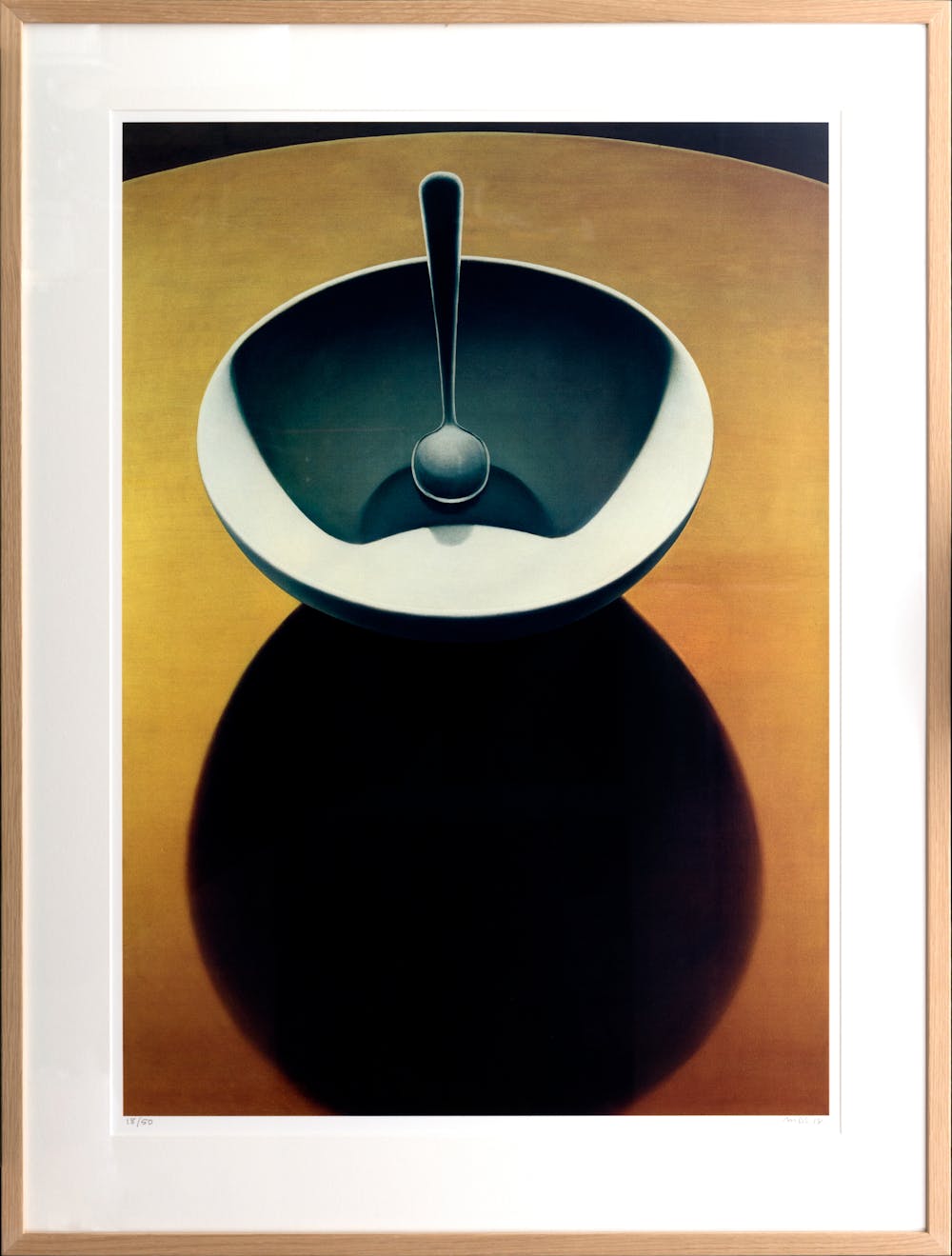 During his long and prolific career Michael Smither has found continuing inspiration in his immediate environment. This has resulted in a large body of work that is synonymous with the New Zealand landscape and culture. Born in New Plymouth in 1939, Michael Smither has produced a vast and varied body of work over his career. He paints coastal and mountain landscapes, family and children, domestic objects and religious symbols.

Smither enrolled with the Elam School of Fine Arts Auckland in 1959, where he was taught by A. Lois White, Robert Ellis and John Weeks. He then returned to New Plymouth and spent the majority of the 1960s in the Taranaki region. Paintings of this period record his family life, his wife and children, the New Plymouth community and the landscape of the region. He has become particularly renowned for his paintings of Mount Taranaki and the Taranaki boulders from this period. Works at this time also draw on religious iconography and religious themes.

Smither has held many prestigious one-man shows in New Zealand and Australia and has been included in numerous group exhibitions. His paintings are held in many public collections including Auckland Art Gallery and Te Papa Tongarewa Museum of New Zealand. His work is also included in significant private collections throughout New Zealand and internationally. Michael Smither now lives and works north of Whitianga on the Coromandel Peninsula.