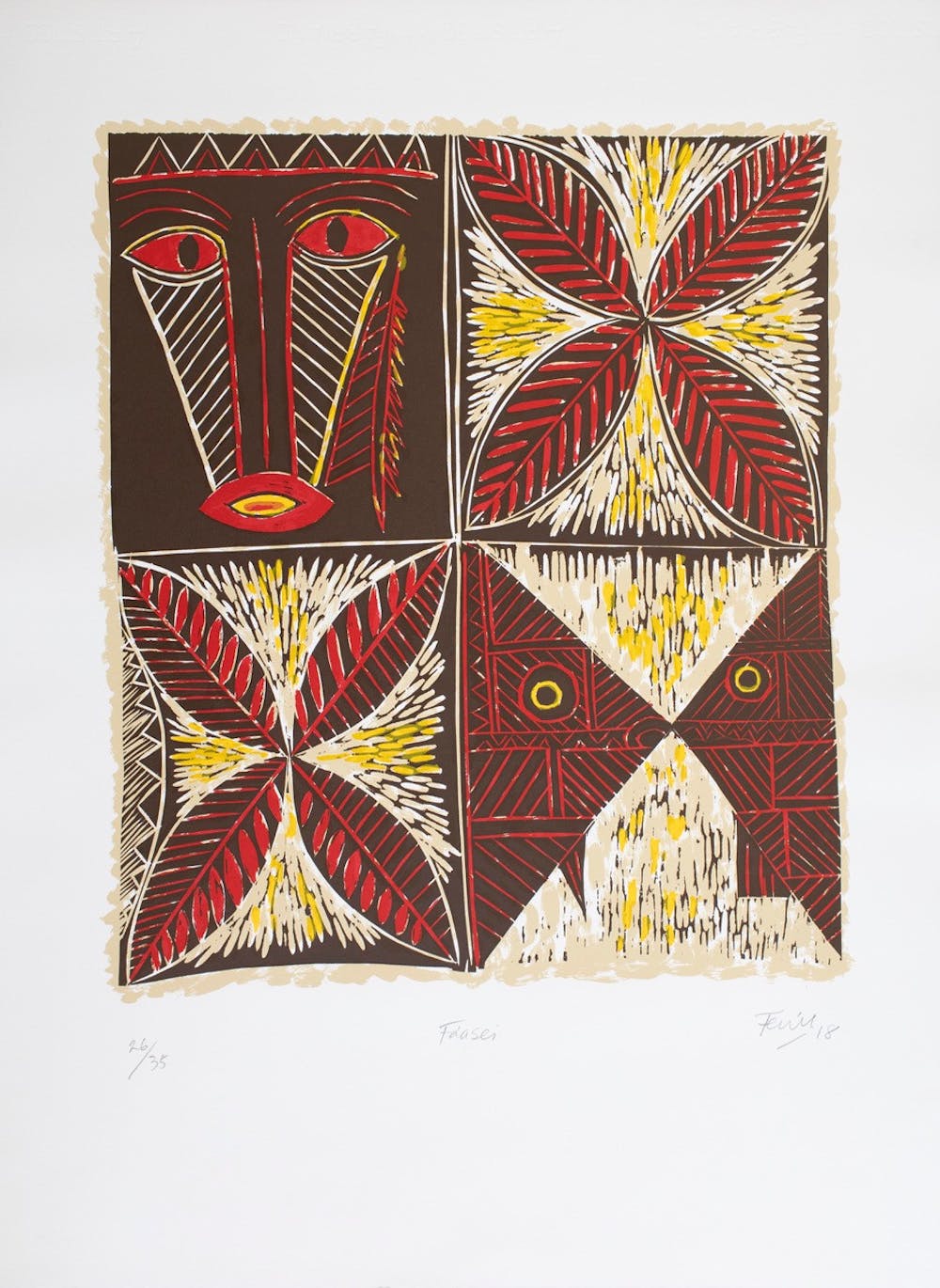 Fatu Feu’u (born 1946) is a Pacific artist of Samoan origin. Emigrating to New Zealand in 1966, Feu’u has built a well-recognized career as a painter, printmaker and sculptor and is now regarded as the godfather of Pacific Contemporary art.

Fatu Feu’u’s practice fuses traditional Pacific and Samoan imagery with European modernism. His regular use of the frangipani flower motif is a trademark and a powerful metaphor for Feu’u’s unification of two visual cultures. Stylistically he is influenced by New Zealand artists Tony Fomison, Phillip Clairmont, Alan Maddox and Colin McCahon of whom he had early associations. Samoan patterns, design, legend, traditional language and biblical text also serve as familiar motif within this artists large body of work.

For decades, Feu’u worked in a relatively insular New Zealand art world in which modern Pacific art was in its infancy . In the late 1980’s Fe’u u and friends established TAUTAI – an organisation dedicated to the recognition and development of Pacific contemporary art in New Zealand. Feu’u’s work was subsequently included in two groundbreaking exhibitions of Pacific contemporary art, Te Moemoea no Iotefa curated by Rangihiroa Panaho (1990) and Bottled Ocean curated by Jim Viviaeare, which toured New Zealand in 1994-1995.

Over the course of his career, Feu’u has gained regional institutional recognition, his work can be found in Te Papa Tongarewa, The Museum of New Zealand, Wellington; The Auckland Art Gallery – Toi O Tamaki, Auckland and the National Gallery, Brisbane, Australia.