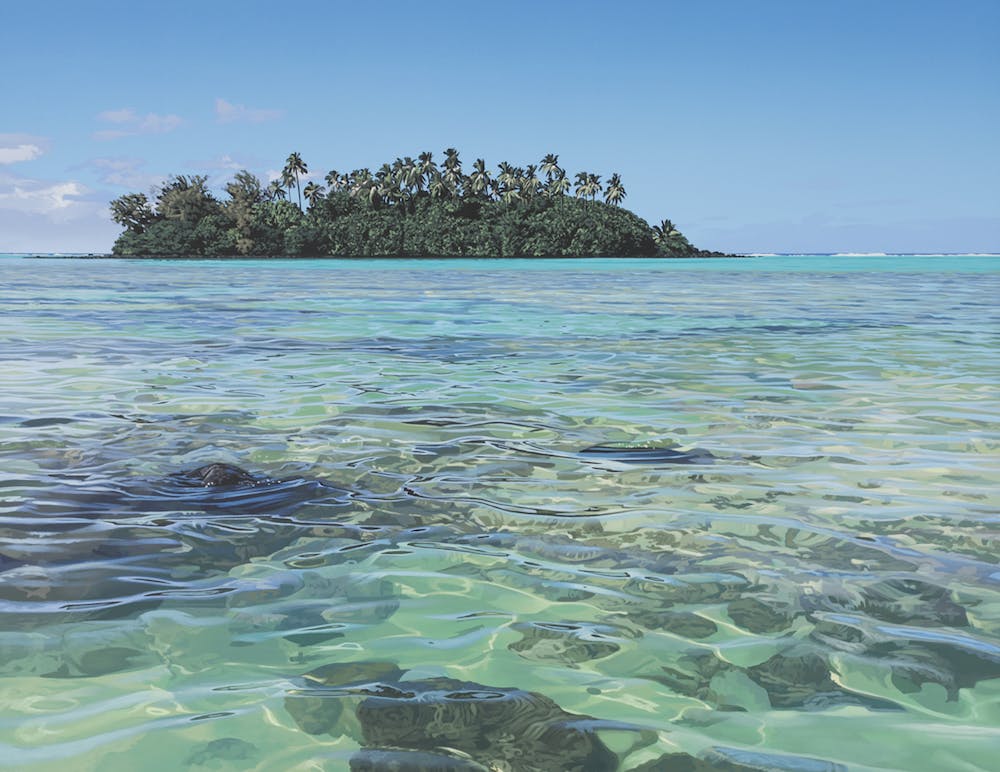 Matthew Payne is a landscape artist of growing repute.

Much of Payne’s work is inspired by a love of New Zealand’s landscapes and coastlines, which is reflected in dramatic compositions and depicted with vivid colour and careful attention to detail. Growing up on Auckland’s North Shore, he was surrounded by beaches. He is a self described water baby.

A graduate of Whitecliffe College of Fine Arts, it was evident from his first year of study that Payne’s love of water would translate to canvas. It is his passion and where he feels comfortable. While Payne draws some influence from landscape artists Tony Ogle and Dick Frizzell, Payne relinquishes the role of observer and becomes an active participant in his compositions. His intent is not just to capture the perfect moment, but to transport the viewer into the very place he stands, usually in water, to fully experience what he feels.

His style is a contemporary blend, fusing elements of realism, impressionism and romanticism. In his paintings, dramatic evening and mid-afternoon light play over lagoons and beaches, veritable postcard imagery encapsulating the complete Island fantasy environment. For this series of works, Payne has also taken influence from the infinite horizon afforded by his environment. Unencumbered by large bays or headlands, the horizon is only interrupted by Rarotonga’s protective reef, a faint line in the distance, defined by surging waves.