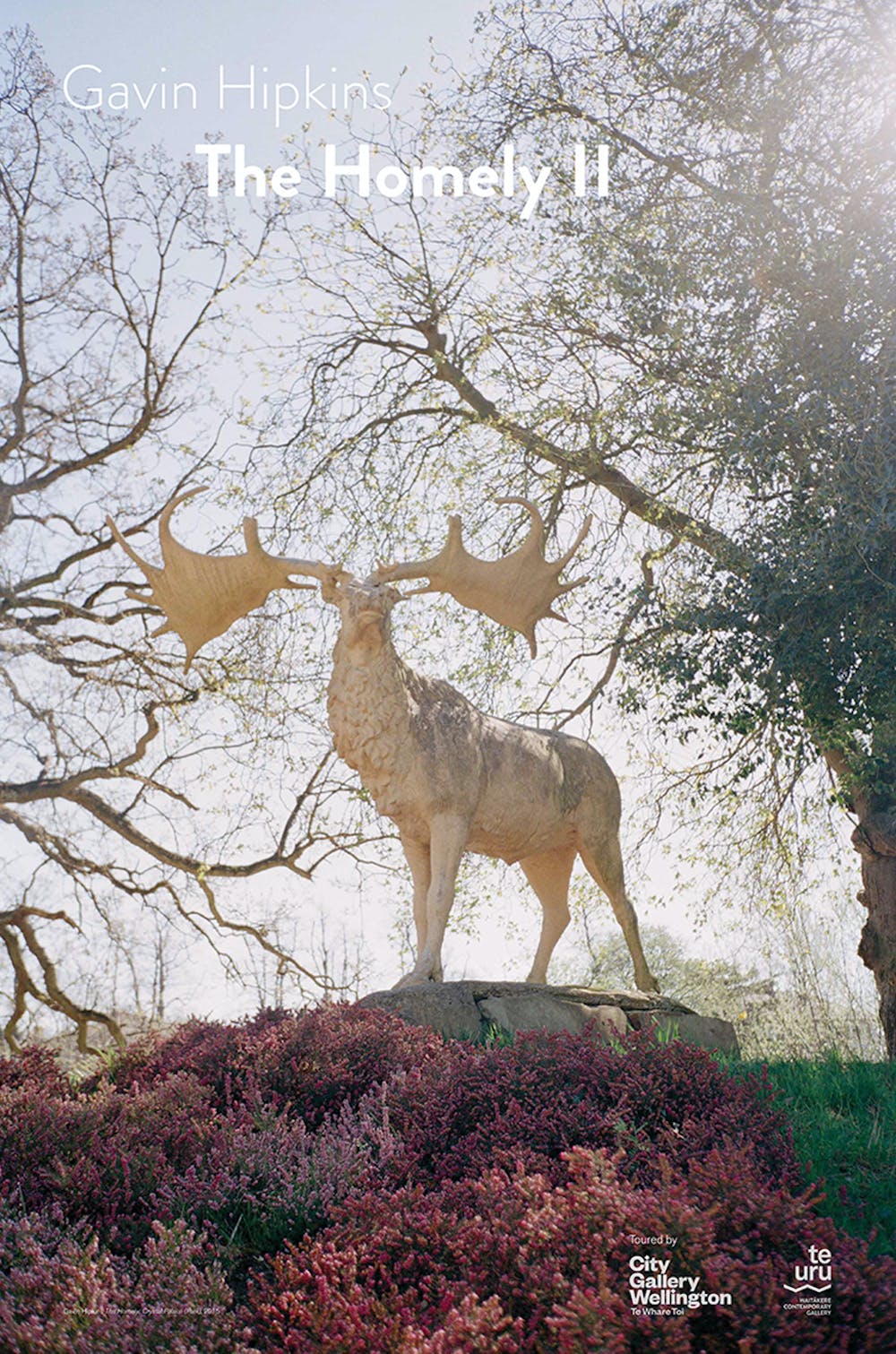 Produced on the occasion of the exhibition at Te Uru Gavin Hipkins: The Homely II, 23 February - 2 June 2019.

The images in The Homely II were taken in the United Kingdom and New Zealand between 2001-2017. It is the sequel to Gavin Hipkins’ celebrated series The Homely (1997-2001), which created conversations and conflicts between pictures from New Zealand and Australia. This new series is presented in an identical format, as an 80-photo frieze, entirely shot with an amateur film camera. It explores our differences and similarities with the United Kingdom by shuffling and combining locations to form a fragmented narrative of disorienting strange-yet-familiar scenes.